Our staff is here for you amid the COVID-19 virus situation. Call or Live Chat for immediate assistance.

Aurora is the second largest city in Illinois, with a population of nearly 200,000 residents and currently one of the fastest-growing metro areas in the United States. Although Aurora’s economy is less dependent on heavy industry than in the past, many people who worked and lived in the city were exposed to asbestos.

If you or someone you love have been a victim of mesothelioma, asbestos-related lung cancer, or asbestosis, you may be entitled to significant compensation. Fill out our form to receive our free Financial Compensation Packet. Our packet is loaded with information on experienced mesothelioma attorneys in Aurora, how to file a claim for asbestos trust funds, how to get paid in 90 days, and more.

A History of Industry and Asbestos

Located in DuPage, Kane, Kendall, and Will counties, Aurora is south and west of Chicago. The industrialization of Aurora began in 1834 when settlers arrived and set up a saw mill.

Aurora attracted manufacturing due to its ideal location on a river for water- and steam-powered facilities. Textile production was the city’s first major industry. Later, foundries, machine shops, and heavy industry were established.

As in most of the Midwest, Aurora’s growth and development was spurred by the westward expansion of the nation’s railway system. In 1849, the Chicago, Quincy & Burlington Railroad extended its line there. Aurora became the company’s main source for new railcars and the site of its principal repair facilities. The railroad became the city’s largest employer until the 1960s.

Aurora’s long history as a traditional manufacturing community helped the city grow and prosper. Nevertheless, the benefits that came to Aurora were offset by the effects of decades of heavy use of asbestos in the city’s industries.

Starting when the McCarty brothers set up the area’s first sawmill, asbestos was introduced into nearly all of Aurora’s industrial job sites. Asbestos reduced the risk of fires caused by friction-related sparks in machinery, equipment, and construction materials.

In 2001, Caterpillar was still using asbestos in machinery and vehicle parts susceptible to the effects of friction. The most common parts included brake pads, clutches, and gaskets. When brake pads and other parts made with ACMs wear out over time, asbestos particles get into the environment where equipment operators  and other workers can be exposed.

In addition, workers at the Aurora plant’s assembly lines constantly handled asbestos-containing vehicle parts, placing themselves and their families at risk of developing asbestos-related diseases.

Caterpillar now uses asbestos substitutes in its manufactured goods, but ACMs are still present in older models of tractors, wheel loaders, and other items in its product line. Although the company’s asbestos-substitution efforts may reduce the number of mesothelioma cases in the future, thousands of Caterpillar’s older products still operate in job sites around the world.

Many of Aurora’s past and current workplaces used asbestos and put workers at risk of exposure:

Getting Cancer Care in Aurora

If you have been exposed to asbestos and diagnosed with mesothelioma or any other asbestos-related disease, there are several cancer treatment centers that provide excellent medical care and other services in and around Aurora, including:

Remember, if you’ve been diagnosed with mesothelioma, asbestos-related lung cancer, or asbestosis, you may qualify for significant compensation. Fill out our form to get your free Financial Compensation Packet, with information on experienced asbestos and mesothelioma lawyers in your area. For questions and assistance, feel free to contact us at 800-793-4540. 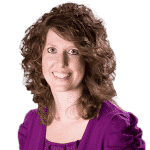 Jill M. Price is a partner with the Flint Law Firm, LLC in Chicago, Illinois. She worked as a teacher before turning to law and specializing in advocating for asbestos victims. At Flint she heads up discovery and asbestos trusts and has been responsible for recovering several millions of dollars in damages for clients with mesothelioma and other asbestos illnesses.