Many industries and workplaces in Pennsylvania used asbestos over the years, which caused workers to develop mesothelioma and other related illnesses. An experienced Pennsylvania mesothelioma lawyer can help you with legal options if you were negligently exposed to and injured by asbestos.

If you or a loved one have been diagnosed with mesothelioma, asbestos-related lung cancer, or asbestosis, you may be entitled to substantial compensation. We invite you to fill out our form today for a free Financial Compensation Packet, filled with information about experienced mesothelioma lawyers in Pennsylvania, how to get paid in 90 days, how to file a mesothelioma or asbestos trust fund claim, and much more.

Jump To a Topic

We assist asbestos victims and their families in all areas of Pennsylvania, including:

Facts about Asbestos Use in Pennsylvania

Which Industries Used the Most Asbestos in Pennsylvania?

Pennsylvania has been home to a number of types of workplaces that used asbestos and contributed to workers’ illnesses.

While Pennsylvania is best known for coal mining, there have been several asbestos mines in the state. No longer mined today, asbestos occurs naturally in southeastern Pennsylvania.

Workers extracted large amounts of asbestos before the industry shut down. Workers and residents in the area were put at risk of developing deadly illnesses associated with asbestos exposure.

Crocidolite is one of the most dangerous types of asbestos; it was a major product of Pennsylvania asbestos mines.

Shipbuilding and shipping have long been important industries in Pennsylvania.

Several major shipyards still operate in the state on the Delaware Estuary and Lake Erie:

From the 1930s through the 1970s, shipbuilders used asbestos in almost every component and material. Any ship or shipyard workers during those times, and even after, could have been exposed.

Military bases of all types also used asbestos. The Philadelphia Naval Shipyard, for instance, likely caused exposure in a number of seamen and other workers because of the heavy use of asbestos on navy ships.

Three other bases may have also caused exposure:

All of these military facilities operated during the period of peak use of asbestos materials. Many of the men and women stationed there faced the risk of exposure to asbestos fibers.

What Are the Asbestos Laws in Pennsylvania?

New rules gave the state’s Department of Environmental Protection (DEP) responsibility for regulating the removal, collection, and disposal of ACMs from public and commercial buildings.

What is the Pennsylvania Statute of Limitations on Asbestos Lawsuits?

The 42 Pa. Cons. Stat. Ann. § 5501 et seq. is the personal injury statute of limitations for the state of Pennsylvania. It applies to mesothelioma cases.

When filing a mesothelioma or asbestos lawsuit, you must do so within two years of the discovery of the asbestos-related illness.

Asbestos-related wrongful death lawsuits follow the same statute. They must be filed within two years of the victim’s death.

Keep in mind that if you have been diagnosed with mesothelioma, asbestos-related lung cancer, or asbestosis, you may be entitled to significant compensation. Don’t forget to fill out our form to get our free Financial Compensation Packet, filled with information on the experienced asbestos and mesothelioma attorneys in your area. For additional assistance, contact us at 800-793-4540. 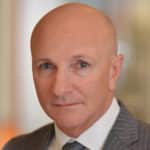 David Halpern is the founder and head attorney at The Halpern Law Firm, a Pennsylvania mesothelioma law firm. He earned his law degree from the Widener University School of Law in 1987 and is now licensed to practice in Pennsylvania and New Jersey. Halpern has dedicated his career to litigating on behalf of victims of asbestos exposure and was part of a 2010 team that won an $18 million-verdict for two victims.