As the largest city in Missouri, Kansas City has a robust economy with many different industries, most of which used asbestos for decades. By the time the regulations placed against asbestos came into force, workers had been exposed; many are fighting back with the assistance of a Kansas City mesothelioma lawyer.

If you or a loved have mesothelioma, asbestos-related lung cancer, or asbestosis, you may be eligible for a large amount of compensation. We invite you to fill out our form today for a free Financial Compensation Packet, filled with information about experienced mesothelioma lawyers in Kansas City, how to get paid in 90 days, how to file an asbestos trust fund claim, and much more.

Chemical manufacturing is an industry that once heavily relied on asbestos. Harcros Chemical Incorporated once used it in all of their plants, including at its headquarters in Kansas City.

Subsequently, thousands of workers at Harcros facilities were put at risk of asbestos exposure. The company had manufacturing plants across the country.

Kansas City was once home to a W.R. Grace/Zonolite vermiculite exfoliation facility. In the 1960s the plant received thousands of tons of vermiculite from the Libby, Montana vermiculite mine, found later to be contaminated with asbestos.

Exfoliation of vermiculite is particularly risky for asbestos exposure. The process releases fibers and puts workers and even nearby residents at risk. Anyone who worked there or lived in the area could have been exposed.

Other Job Sites Associated with Asbestos in Kansas City

Chemical and mineral industries were major sources of exposure in Kansas City, but not the only ones:

If you have been diagnosed with an asbestos-related illness, getting specialist care is essential. Kansas City is home to one Comprehensive Cancer Center as designated by the National Cancer Institute.

Getting Legal Help in Kansas City

Don’t forget to fill out our form to get our free Financial Compensation Packet, filled with information on the experienced asbestos and mesothelioma attorneys in your area. 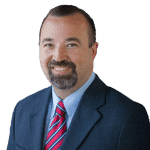 Aaron K. Dickey is a partner with the Flint Law Firm, LLC in Frontenac, Missouri. With 20 years of experience he specializes in helping victims of asbestos exposure and mesothelioma, as well as wrongful deaths, product liability and personal injury. As an expert in litigating and negotiating settlements, Dickey has been instrumental in helping his clients get justice for the harm caused to them as well as in recovering significant damages.