Huntsville started out small but grew into a large metropolitan area known for its Redstone Arsenal and as the birthplace of the country’s space rocket program. Huntsville’s quick growth includes a history of asbestos use, which left people battling toxic illnesses, as well as fighting for justice with the help of Huntsville mesothelioma lawyers.

If you or a loved one have been diagnosed with mesothelioma, asbestos-related lung cancer, or asbestosis, you may be eligible to receive a substantial amount of compensation. Fill out our form to receive our free Financial Compensation Packet. Our packet is loaded with information on leading Huntsville mesothelioma attorneys, how to file a claim for asbestos trust funds, how to get paid in 90 days, and more.

A History of Industry and Asbestos in Huntsville

Originally founded as Twickenham in 1809, the city was renamed Huntsville in 1811 to honor John Hunt, the area’s first settler.

Initially, the city’s industry was cotton, but when it grew, the economy expanded to include textile mills and railroad transportation connections.

The area became more industrialized by the turn of the 20th Century. The establishment of several munitions factories and the Army’s Redstone Arsenal during World War II was the catalyst for Huntsville’s recovery after the Great Depression.

After the war, munitions factories closed, but the Cold War with the former Soviet Union compelled the Army to establish its missile research facilities in Huntsville’s Redstone Arsenal. At Redstone, the Army tested ballistic missiles for military use.

Huntsville earned the nickname Rocket City, and the first U.S. satellite, Explorer I, was launched from Redstone Arsenal on January 31, 1958.

Later, the Marshall Space Flight Center helped develop the Saturn rockets that took astronauts to the Moon during Project Apollo. It was also a key player in the Space Shuttle and International Space Station programs.

All of these industries used asbestos to some degree for its ability to insulate and protect against fire, heat, and friction.

Where Asbestos Was Used in Huntsville

The establishment of the military and civilian missile programs and the influx of new workers created a demand for new housing in Huntsville.

While the evolution of Huntsville had beneficial effects for northern Alabama, it also has a tragic connection to America’s asbestos problem.

The boom in industrial and residential growth in Huntsville and the state led to thousands of tons of asbestos imported into Alabama. From the mid-1800s to the late 1970s it was used in the construction of industrial, commercial, and residential buildings.

Asbestos is extremely dangerous to human health. The tiny asbestos fibers are easy to inhale or swallow. Once inside the body, the fibers can build up over time. Exposure triggers diseases such as asbestos-related lung cancer, asbestosis, and malignant mesothelioma.

Beginning in the 1800s, some of the important industries to Huntsville that used asbestos in their buildings, equipment, machinery, or products included:

Many industries used asbestos minerals and their derivatives across a wide spectrum of products and purposes.

Keep in mind that you may be eligible for significant compensation.  Get our free Financial Compensation Packet for information on the top mesothelioma and asbestos lawyers in your area. If you need additional assistance, contact us toll-free at 800-793-4540. 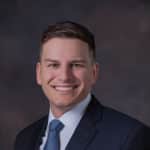 After a career in asbestos abatement and remediation, Lawrence Holcomb earned a law degree to put his expertise to use in the service of mesothelioma and asbestosis victims. As a lawyer with mesothelioma focused Flint Law Firm, LLC in Birmingham, Alabama, he has litigated many asbestos cases and has helped win more than $50 million in settlements.