Home / About Us / David C. Greenstone

Many of Greenstone’s cases have involved advocating for victims of asbestos exposure, with notable outcomes. In 2000 he helped win a case against Pittsburgh Corning. The jury found the company 40 percent liable for a worker’s exposure to asbestos and resulting death. In 2015 he led a successful case against Colgate-Palmolive, in which the jury agreed that the company was liable in causing mesothelioma in a woman who used its Cashmere Bouquet, a talcum powder.

Greenstone’s hard work has been recognized by his peers with numerous awards and distinctions. These include three TopVerdict.com awards in 2015, 2016, and 2018, being named a Thomson Reuters Texas Super Lawyer from 2013 to 2019, and a Thomson Reuters Texas Rising Star award each year from 2005 to 2013. He is a member of the American Board of Trial Advocates and is a board member of the Texas Trial Lawyers Association. 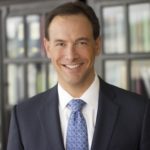