Home / About Us / Joseph W. Belluck

Belluck earned a degree in sociology from the State University of New York (SUNY) Binghamton in 1989 and earned a law degree from SUNY Buffalo School of Law in 1994. He is a founding member of Belluck & Fox and has spent his entire career as an advocate for victims in personal injury and asbestos cases.

After earning a law degree, Belluck began working as a litigator advocating for victims of personal injury and other types of individual and corporate harm. He represented New York in tobacco litigation, and helped force tobacco companies to take down their billboards throughout the state.

Belluck began working with asbestos victims in 1999. In 2001 he was inspired by the needs of the families of 9/11 victims and spent six months volunteering his legal services with Trial Lawyers Care.

Founding Belluck & Fox in 2002, he began focusing on personal injury and especially on asbestos cases. Belluck has won several notable cases on behalf of victims of asbestos exposure. These include significant compensation for victims and their families.

Also devoted to public service, Belluck was appointed to the New York State Commission on Judicial Conduct in 2008 and is now the chair. He has been a SUNY trustee since 2010 and has been on the advisory committee for the New York State Rockefeller Institute Center for Law and Policy Solutions since 2017.

Belluck’s philanthropic interests include serving on the board of the Woodstock Byrdcliffe Guild, an artists’ colony, and working with several non-profits: Precious Dreams, which provides items for homeless and foster children and Children’s Rights, a group that advocates for child welfare system reform. 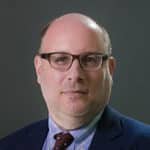