Home / About Us / Jordan Fox

Jordan Fox has been practicing law for more than 20 years. He is currently a founding partner of Belluck & Fox LLP. He has been admitted to the bar in New York state and focuses on cases helping asbestos and mesothelioma victims, personal injury and product liability victims, and crime victims.

Fox began his legal career working in the office of the Brooklyn District Attorney. He worked with special victims, those affected by crime. He then went on to help found Belluck & Fox in 2002, a practice devoted to helping victims of asbestos exposure and personal injury.

Among his most notable cases is the first win against a major retail outlet for selling asbestos products. Sears Roebuck was found liable in this case and was forced to compensate victims. Fox was also responsible for winning a major case for the citizens of Baltimore who had been exposed to asbestos. 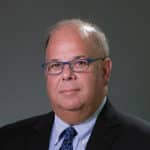