Home / About Us / John Black

John Black is a founding partner at Black Law Group and practices in New Mexico and Texas. He specializes in cases in which victims were harmed by toxic substances like asbestos, and by defective products and defective medical devices and drugs.

He has bar and court admissions in New Mexico, Texas, the U.S. Supreme Court, the United States Court of Appeals for the Fifth Circuit, and the United States District Court for the Eastern, Southern, and Western Texas districts.

Black began his legal career at Baron & Budd PC in Dallas working as a trial lawyer. He then spent 13 years litigating on behalf of plaintiffs harmed by corporations and individuals working for Heard Robins Cloud & Black LLP. He started the Black Law Group in 2015, which has offices in New Mexico and Texas and focuses on helping people with mesothelioma cancer and other asbestos exposure diseases. 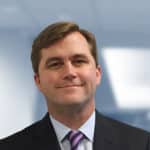