Peter A. Kraus is a founder and partner at Waters, Krause & Paul, specializing in asbestos litigation, toxic torts, pharmaceutical and medical device litigation, and False Claims Act litigation. He has admissions in Hawaii, California, Texas, Missouri, and Virginia, and several U.S. District Courts in those states, the U.S. Court of Appeals 4th circuit, and the U.S. Supreme Court.

Kraus is passionate about helping victims of asbestos exposure and has been active in advocating for them. He has testified in the Texas Legislature and lobbied for asbestos victims and their rights. He serves on the advisory committees for several asbestos bankruptcy trustees and has been a part of the American Bar Association Commission on Asbestos litigation.

Peter Kraus graduated from Duke University in 1982 before earning a Juris Doctor Degree from the University of Texas School of Law in 1985. Initially specializing in commercial law, Kraus helped co-found the Waters, Kraus, & Paul law firm and now works on asbestos, toxic tort, and pharmaceutical and medical device cases.

Having litigated numerous asbestos, pharmaceutical, and other exposure cases over the course of his career, Kraus has played a major role in winning compensation and justice for victims. His accomplishments have been acknowledged by his peers and others. He has been included in the Best Lawyers in America publication from 2016 through 2020.

Other awards and recognitions Kraus has received include the American Association for Justice, David S. Shrager President’s Award and Heavy Lifting Award, 2012; the Best Lawyers in Dallas list by D Magazine, 2001 and 2011 through 2019; and the Kristi Couvillon Pro Bono Award from Texas Civil Rights Project, 2016.

In addition to his litigation on behalf of victims, Kraus is active in the community and in doing pro bono work. He is a Board Member of the Dallas Holocaust and Human Rights Museum and serves on the KERA Board of Directors. 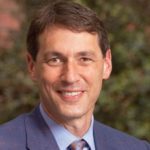