Home / About Us / Michael L. Armitage

Michael Armitage began his legal career in the late 1980s specializing in maritime law. In 2000 he joined Waters, Kraus & Paul and is now a partner focusing on asbestos litigation, pharmaceuticals, product liability, and toxic torts.

He is admitted to practice by the bar in Louisiana and California. He is also admitted to several U.S. District Courts in both states, the U.S. Court of Appeals, 5th and 9th Circuits, and the U.S. Supreme Court.

In his early years as a lawyer Armitage practiced maritime transportation and commercial law. It wasn’t until he joined his current firm that he began to specialize in asbestos litigation. With nearly 20 years of experience in those cases, Armitage is a leading expert on asbestos laws and in helping victims of exposure recover damages. He is often called upon to speak about mass torts and asbestos cases.

Armitage has been recognized numerous times for his work, including being named a Super Lawyer in Southern California for more than ten years and a Best Lawyer in America for five years.

His dedication to asbestos and mesothelioma cases has helped win victims millions of dollars. Some of the notable victories he worked on include a $15.25 million award for a family of a man who died after years working with asbestos cement and $12.6 million for a victim who developed mesothelioma after years of doing home renovations with asbestos products. 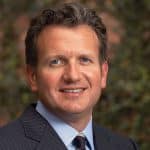